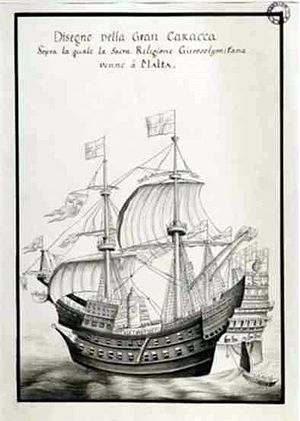 near contemporary woodcut of the Santa Anna 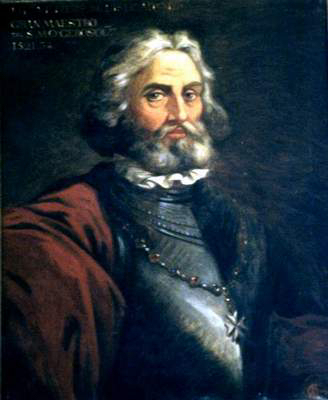 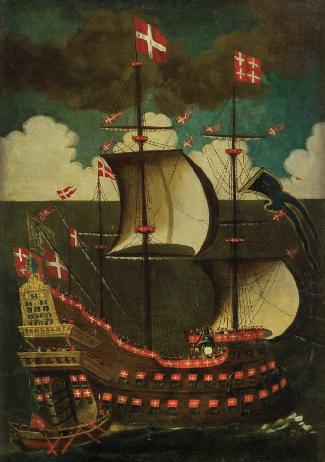 Forget the  Mary Rose, between 1522 and 1540, the great carrack Santa Anna, flagship of the Knights of the Order of St John (also known as The Hospitallers), was mistress of the Mediterranean. Here’s why…

1. Built in Villefranche-sur-Mer, the Santa Anna was launched on the 21st of December 1522, just one day before the Knights of St John surrendered their besieged island-fortress of Rhodes to the Ottoman Turks. Incidentally, her first captain was an Englishman, Sir William Weston (1470-1540), who was also destined to be the last prior of the Hospitaller Order in England before Henry VIII's Dissolution of the Monasteries (1536).

2. The Santa Anna’s hull below the waterline, and the lowest two of her six decks, were sheathed in lead, fixed to the ship’s timbers with bronze nails. Though the metal plates were probably meant to prevent leaks and shipworm they also served as a primitive form of ship’s armour.

3. In addition to the small calibre bombards, falcons and falconets, which festooned her mast-tops and upper decks, the Santa Anna was armed with 50 large culverins on her two main decks.

4. Despite the weight of offensive and defensive metal that she carried, the Santa Anna handled well under sail, though she sacrificed speed for strength and was often the last vessel to arrive at a battle.

5. In addition to her crew, the Santa Anna could carry around 500 fully armed knights or 900 tons of grain and other supplies should the Hospitallers be engaged in amphibious operations.

6. Truly a floating fortress, the Santa Anna was equipped with a forge to repair weapons and armour, a windmill and ovens to bake fresh bread and a garden to provide fresh fruit and vegetables. She was large enough to accommodate her senior officers in spacious cabins and her poop housed an ornate senate chamber where the Grand Master and his council could discuss strategy.

7. In 1530 the Santa Anna helped transport the Knights of St John to their new island-home on Malta, which they had leased from the Holy Roman Emperor, Charles V, in exchange for a single Maltese falcon, which was to be paid every All Souls Day (Nov 1st).

8. In 1531 the Santa Anna single-handedly routed a powerful force of 25 Ottoman galleys and, a year later, she took part in the Emperor Charles’ invasion of the Peloponnese, capturing the Ottoman fortresses Koroni and Patras, which guarded the entrance to the Gulf of Corinth.

9. In 1535 the Santa Anna joined the Emperor Charles’ attack on the infamous Barbary Corsairs, who had made the city of Tunis the capital of their pirate kingdom. Typically, she arrived late, nevertheless she battered the city’s ‘impregnable’ harbour fortress of La Goulette into submission which allowed the Spaniards to seize more than 100 corsair ships.

10. Despite her progressive design, the Santa Anna eventually became obsolete and she was decommissioned in 1540. According to some sources she was eventually destroyed in a fire.

BACK TO HOME PAGE

The Santa Anna plays a pivotal role in Book III of the Devilstone Chronicles, The Devil’s Pearl, read the first chapter here…